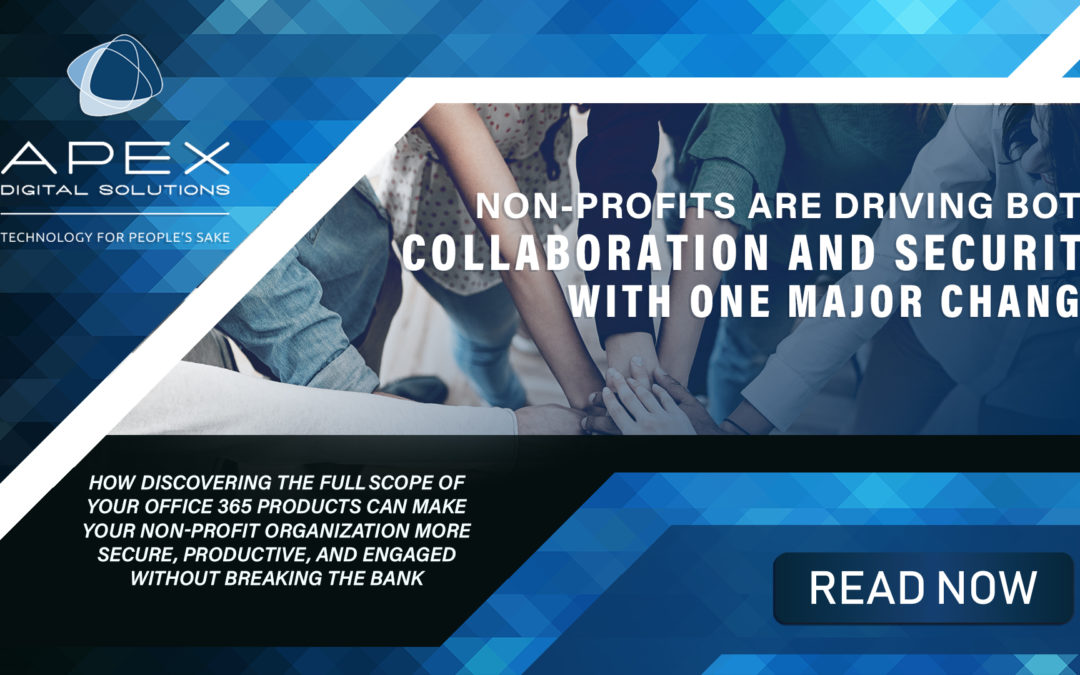 In today’s digital age, most of the information that organizations utilize is sent through electronic channels. Whether it be Instant Messaging communication between team members, file collaboration with external partners, or data storage on an organization-wide level, the importance of having a firm grip on your organization’s technology is immeasurable. It’s not uncommon for some organizations to shell out a huge chunk of their budget on having the most up to date technological infrastructure and gadgets. However, for many Non-Profit organizations with tighter budgets, it’s a high priority to optimize their resources to get the most out of their technology without lavishly spending their whole budgets on it. At Apex we work with many non-profit organizations and share many of the same values that they do. Some of the work that we have done with these organizations include project work like Office 365 migrations, infrastructure refreshes, and full managed service agreements. In 2015, we began a managed service agreement with one of our larger non-profit clients. This included driving Office 365 adoption, unlimited 24×7 support, procurement and rollout of new workstations, communication technology, and infrastructure. After two years of a successful partnership, we sat down with a department Director at this organization, we’ll call her Tara, to gain her valuable perspective into the state of the organization’s technology before and after the migration, and how she feels that the solutions that we implemented were a “magical” change that vastly improved collaboration, security, and productivity.
Did you know Non-Profits have Office 365 discounts available to them if they qualify? We are experts in helping non-profits get the most out of Office 365. Ask us how!

When Tara first arrived at the organization she was immediately able to identify major technological barriers when it came to data retention. “The team’s documents were supposed to be shared through the company’s drive,” she recalls, “but since many folks were having connectivity issues with the drive and/or using very outdated company laptops, much of this information was actually sitting on laptops. This was a red flag for me, recognizing that individual employee turnover could mean significant loss to the team.”

This “red flag” was indicative of a larger infrastructure problem within the organization. The servers were not being optimized properly, and due to network looping, connectivity was very spotty. We made it a top priority to find a sensible solution with this organization that would eliminate their connectivity issues and develop a space for the teams to reliably collaborate and retain data.

Tara also identified an issue with electronic communication within the organization. Simply put, there simply weren’t enough methods through which to communicate. Before, the only tangible way to relay a message other than a phone call or direct communication was through email. However, with high volumes of daily communication being necessary to fulfill job functions, it was clear that sending an email out to the whole team and clogging up inboxes was not sustainable. These communication issues also extended to teleconferences, where the infrastructure was not conducive to holding a meeting and having several outside users call in, which was necessary for Tara’s department.

We identified these issues with data security, collaboration, communication, and overall productivity, and used them as ammunition when developing our resolution plan.

One major issue that we identified was with the organization’s infrastructure in general. In specific, they had a lot of infrastructure. This resulted in a lot of power, but not a lot of structure. The infrastructure hadn’t been optimized, and because of this, it was particularly slow and prone to connectivity issues. We decided to completely rework the infrastructure, optimizing their systems and making moves to migrate them to the Microsoft cloud and to implement Office 365.

Before, they had been using Office 2010 products. We moved to drive Office 365 adoption with their users to boost productivity and collaboration. Now with access to file storage and collaboration systems OneDrive and SharePoint, communication technologies Skype for Business, Yammer, and Microsoft Teams, and the most up to date versions of their daily productivity products such as Word and Excel, their productivity was boosted greatly.

Having a dedicated Help Desk support staff person from our team present at all times during business hours was vital for them. With a smaller internal IT team that could focus on the bigger picture stuff, we utilized our support team staff to help drive adoption and troubleshoot end user’s issues on the front line.

The improvement in productivity once we made these changes was palpable. Tara described the transition as “painless” and referred to the technology as “magical.”

With developing a SharePoint site for her team, they were able to put all their information into one shared spot and worries about collaborating on files and retaining data became a thing of the past, “Creating a collaborative space online has helped individuals share practices [where needed] and helped to make sure everyone across the team is able to access information at any point in time.”

She also praised how much easier our move to Skype-enabled conference rooms made blending in-person and online meetings.  This has moved teleconference meetings from being a bothersome beast to navigate to as simple as going into the room and simply pressing “join.”

With today’s digital age making it more vital to have an optimized infrastructure and a collaborative work environment while maintaining a tight budget, Non-Profits are finding that a move to Office 365 and the many systems that integrate with it has been simply magical.

Are you looking to rework your organization’s infrastructure or want to get the most out of your Office 365 products? Our experienced advisory and support team can guide you on your journey. Learn how by giving us a call today. 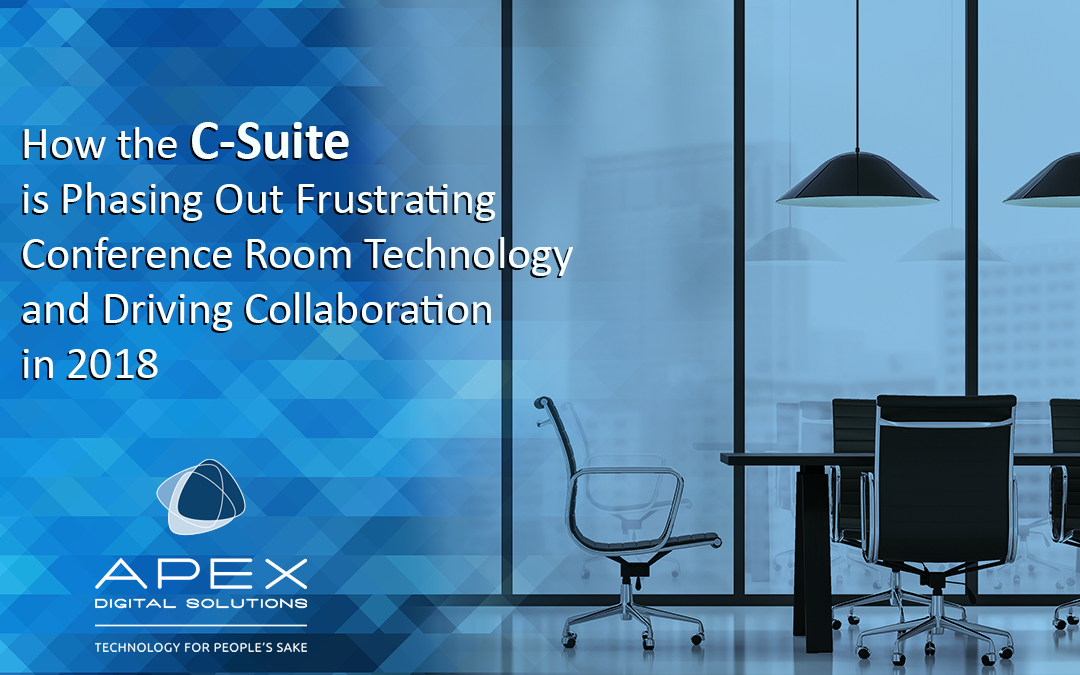