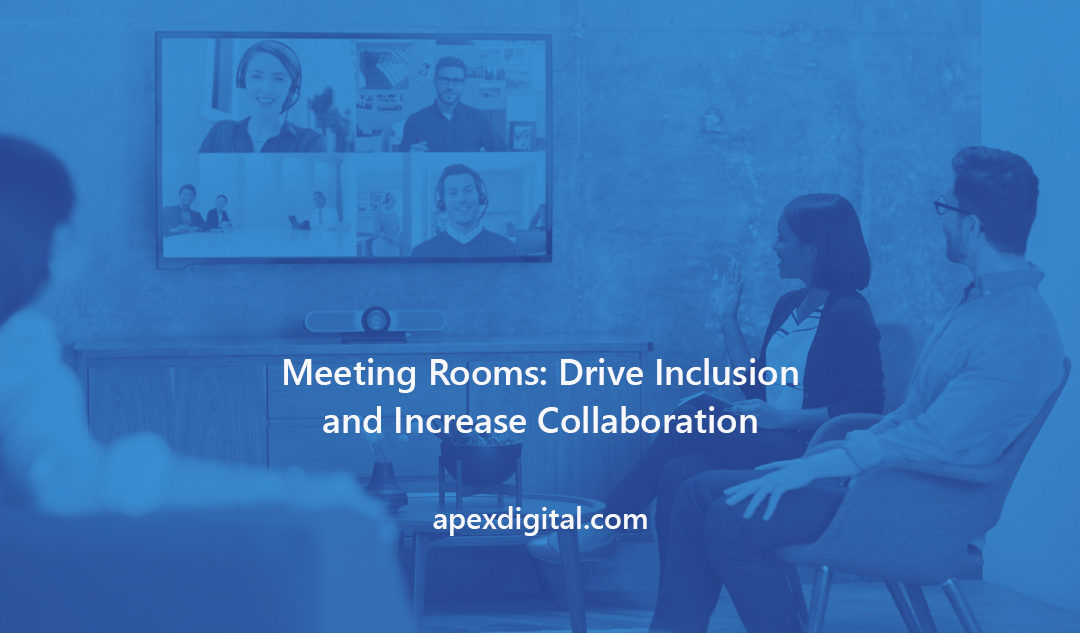 In the modern digital age, meeting rooms as we think of them are a thing of the past. With technology making it not only easier but essential for team members to work off-site and to have easy contact with clients in different regions, it is imperative to be able to collaborate with anyone you need to as if they were in the same room as you.

How many meetings start late or encounter frequent interruptions because of technology issues in the meeting room? These kinds of disruptions set a negative tone for the entire meeting, and can reflect poorly on the organization. The meeting rooms of the past simply do not allow for a fully collaborative environment.

Utilize Meeting Rooms to be inclusive and drive collaboration from the top - down.

A few months ago, the CEO of one of our clients reported to us that the board meetings in their main conference room were being disrupted by the technology present in the room. They were using a room panel system that was built into their phone line that guests would call into. It was simple enough but the hardware was beginning to break down and malfunction. Calls would commonly be dropped and when it did work the call quality was indecipherable if there were more than a few people calling in. A few years ago, there probably wouldn’t have been as much of an issue because more people were likely on-site for the meeting, but in today’s digital age, more and more people are working remote and calling into important meetings.

The CEO noticed the evident frustration of the Board Chair on this newly recurring issue. The CEO immediately acted on this and reached out to us. He requested that we replace the meeting room technology by the next board meeting, which was in a week and a half. Knowing we only had a short amount of time to get this done, our team acted fast.

While this issue was occurring, we were also working on a separate project with them where we were migrating them from the old landline phone system into organization-wide Microsoft Teams utilization. We embraced smart opportunity and saw the two problems had the same root. Thankfully, there are room systems that fully integrate Microsoft Teams without having to completely alter the architecture of existing meeting rooms.

Upon deliberating further with the client, we implemented a low-cost, simple to use, quality solution driven by Microsoft’s Teams meeting technology. We got the new room system installed within a few days. This gave us plenty of time to make sure that everything would be running exactly as it should. We were able to test the system multiple times while employing a wide variety of scenarios, train staff members on how to utilize the new technology, and had time to further deliberate with the client on any additional needs.

The meeting went off without a hitch. It was a clear and productive meeting with high quality audio. After the meeting, the remote attendees and the people in the conference room all told us it was one of the best conference calls that they had been a part of. Period. They then decided to move forward and began implementing the technology into several of their other meeting spaces. 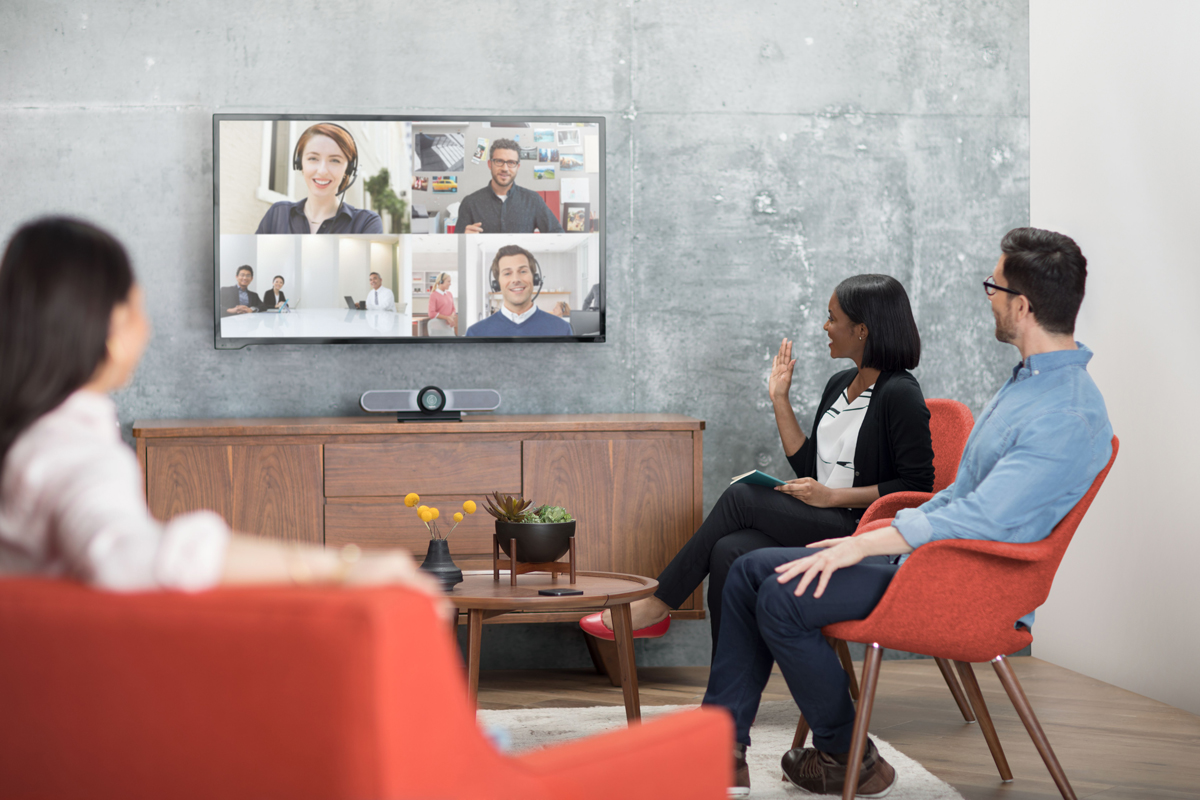 This not only solved their technology issues, but it also transformed their meeting room into a fully featured collaboration room. With Microsoft Teams integration, joining meetings remotely has become as easy as the click of a button, and with the full room view camera, screen sharing capabilities, and upgraded microphone devices, remote users are no longer “calling into” a meeting but are just as much a part of the meeting as everyone else—almost as if they are in the same room. With this smart decision, the organization embraced modern technology and took a big step into the present.

Finding ways to drive collaboration is a key factor for growth. By leaning into modern technology, the C-Suite and Decision Makers are realizing that they can expand their organizations and adapt to the ever-changing digital climate.

Is the technology in your organization’s meeting rooms preventing you from effectively driving forward collaboration? Call today to discuss options that will improve your confrencing experience or learn more about or IT Services by clicking a link below.

Develop a plan to support increased employee collaboration across teams and locations with tools that enable meetings.

Ignite your workforce to connect, collaborate, and communicate confidently and securely across boundaries.

Empower your organization with Manged Services to provide ongoing support that help you stay connected and collaborative, while communicating confidently and securely.